Mockaroo is my passion project, but it started out of necessity. A few years ago I was leading a team of developers and testers at a startup. We were building an app that tracked biological samples collected during clinical trials and other laboratory experiments. The app had several long, complex workflows that made perfect sense to scientists (hopefully), but most of the developers and testers knew little about the domain. As a result, our test database was filled with garbage data left over from "monkey testing" - the practice wherein testers try to break an app by banging away at the keyboard like monkeys. Monkey testing has its place (get enough users and you'll find some pretty messy data in your app), but simulating real usage patterns against a rich set of realistic data is essential to finding the kinds of bugs that real users will run into.

To improve the quality of our testing we needed our test database to look more like production. We couldn't use real customer data due to its sensitive nature, so I built a simple web app that allowed our testers to create their own data from scratch. It caught on internally and after a few weeks I threw it up on the web to see if anyone else would find it useful. Almost immediately Mockaroo started to gain users. I put a "contact" button in the header and people started asking for all sorts of useful features that Mockaroo didn't have, so I built them. One new feature lead to another and soon the project took on a life of it's own. Now Mockaroo is a company - just a single-member LLC, but you've got to start somewhere, right? 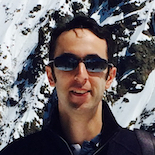 Mark has been building web apps professionally since 2002. He started with ColdFusion. ColdFusion 5, mind you - none of that fancy Java-backed ColdFusion that exists today. Then he moved on to Java. Then Ruby. Mockaroo is built in Ruby. Mark likes Ruby. All of Mark's friends know he likes Ruby because he continually reminds them. He also likes JavaScript, but that's a story for another time.